I awake from this dream just minutes before mattys alarm sounds.

My eyes are dry and crusty.

I was in my old neighborhood in Lima where I grew up. There was this house that I never noticed there before that people were being taken too...Including myself.

I was brought there by either, tour guide Jonathan, or Sidney smith. Everyone appeared in the dream as they do now. Typical characteristics of themselves.

Amanda was there, along with many people that I do not know.
I was wearing a silver necklace that was for protection.
It was given to me by someone. I don't know who, but I knew that the inhabitants of the house, who were upstairs, would recognize it as soon as they saw it. I was a little apprehensive about this entire situation. The silver necklace had writing by the clasp. It was very small, so only I would see it, or anyone else who knew the necklace.

So after commencing in the main entry room with Sidney, Jonathan and others I decided to go down the hallway.

This house was very old and had lots of dark beautiful wood inside. The banister to the stairwell was just absolutely stunning. That by the way was semi mid point between the main entry room and the hallway leading to the next room where everyone seemed to be lounging around. Thee were couches in this room. The waiting must have taken a long period of time because I remember being so indecisive upon whether or not I wanted to stay. I would tinker with my necklace a lot. I would switch where I was sitting quite frequently. I would go back down the hallway into the entry room and Om/Aum for a little bit. I was testing my friend Tracy's theory from a dream that she had once told me about. In her dream she Om/Aumed and the craft that we were in started to break up. So, like I was saying, I remembered this and thought ah, what the hell, I might as well try it. Nothing negative seemed to happen. Man and I was waiting for the worst. Instead Sidney told me that this would only cause the hosts to want to skip ahead to me. So I decided to stop doing that, though I really wanted to. So there I was looking down at the floor, trying to decide what to do next when down the stairs they came. Only for A BRIEF INSTANCE DID I SEE THEM WHILE THEY WHERE ON THE STAIRS. They walked like Buddhist monks do. I don't know how to describe it other than that. They also saw me. Yet they continued along their path to going further on down the next flight of stairs. So I thought that thee must be a basement, then I wondered where they were taking us, to the upper floor or to the basement. hmmm?! I know you are wondering, so, let me tell you what they looked like. They appeared to be extra terrestrial. They were a brown color. Like an ant now that I think about it. They were ranging in height just like we do as humans.

I have seen an "Alien" in my dreams before that looked similar to these extraterrestrials going up and down the stairs.

The Alien from a prior dream however needed to wear a shell, a helmet over his head in order to breathe. He was in my house during that dream. Dragging me off of my bed. He was accompanied by a tall thin silver alien that would not intervene at that time. Even though I was pleading telepathically with the silver "alien" to talk to the other one, the gold one, to make him stop what he was going to do.

But back to my dream that I just woke up from.

I went back into the sitting room area where everyone was and it seemed that everyone else knew why they were there, but didn't know why they were there. So we just waited. Talked and bullshitted but we were waiting. I looked down and started playing with my silver necklace again. This time I noticed that a link in it was broken. Someone said to my right ear, "don't worry Matty can fix that." So I felt a little bit better but not really.

Then I changed seating again. I was sitting with this really thin anorexic girl by the name of Amanda. At this point in the dream I felt like Matthew for a moment. So I hugged the girl and I intertwined my fingers with hers and noticed how skeleton like they were. I wondered to myself why the extraterrestrial Buddhist walking hosts would want her there. Then I felt like myself again and I let go of her skeleton like hand and in walked my friend Amanda fields. She was confused. She turns to me and loudly says, "Okay BRIGITTE, I am HERE, WHY THE HELL AM I HERE. But I couldn't answer her. It seemed that everyone else there communicated telepathically. I was telling here everything that I knew thus far. But she just could not get it, she could not hear me. That was aggravating. So then I got up and walked into the entry way room again. Thinking to myself that I could just make a run for it, I could just forget all of this stuff. But no I also wanted to stay. Then the extraterrestrials came down the stairs in their Buddhist Monk manner as someone I knew was taken up stairs with them. So I started Om/Auming while they were on the stairs. They just looked at me like...What are you doing girl. But I was doing it all quiet like.
They looked at me for a moment, I looked at them and there was a silence. It was weird. Like they knew me and I knew them and further more, they knew the necklace I was wearing and they knew that it said, Made in Egypt gotta love New York Baby.

Then I woke up. A few minutes later while I lay there and recant the dream matty's alarm went off. Mind you this entire time I was unsure of everything. So who knows what the hell was up? 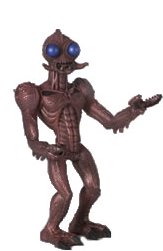 I will be posting pictures tomorrow. The U.S. and other navies are developing and implementing new long-range active SONAR (SOund Navigation And Ranging) systems capable of generating extremely loud underwater sounds in response to the challenges they face from today's quieter submarines. One

I awake from this dream just minutes before mattys alarm goes off. My eyes are dry and crusty. I was in my old neighborhood in Lima where I grew up. There was this house that I never noticed there before that people were being