In from the cold 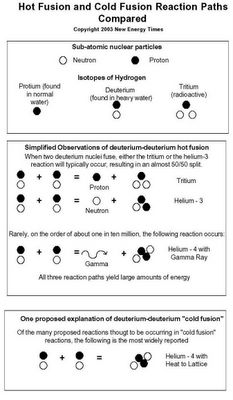 Sixteen years after the hope, hype and recriminations, cold fusion is news again. David Adam investigates a scientific controversy that won't go away...

In the late afternoon of January 24, the academic calm of Japan's Hokkaido University was shattered by an explosion in one of its laboratories. Physicist Tadahiko Mizuno was taking a guest through experiments into a phenomenon called cold fusion. The pair were showered in flying glass, suffering wounds to their face, neck, arms and chest. Mizuno needed a large chunk of detonated scientific apparatus removed from next to his carotid artery and both were deaf for a week.

The blast raises several questions: What went wrong? Have sufficient lessons been learned from a similar explosion in California that killed the British researcher Andrew Riley more than a decade ago? And perhaps most commonly, what on earth are scientists doing still flogging the dead horse that is cold fusion?

The Japanese accident is not the first time that cold fusion has blown up in the faces of its progenitors. Just ask Stanley Pons and Martin Fleischmann, two previously well respected chemists who found themselves at a University of Utah press conference 16 years ago yesterday, where they heralded cold fusion as an astonishing scientific breakthrough and a limitless source of future energy. The two announced that, with little more than some special water and two metal electrodes, they could harness the power of the sun in a laboratory flask - a star in a jar. 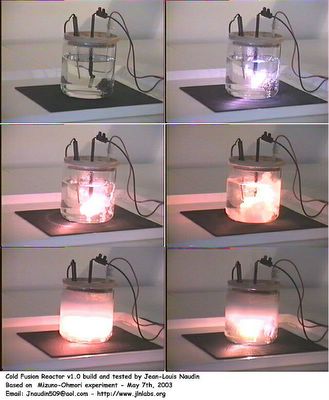 While Pons and Fleischmann went onto the front pages of newspapers worldwide, legions of curious, enthusiastic and sceptical scientists went into their labs to try the simple experiments themselves. As failed attempts to replicate the results piled up, scepticism turned to hostility.

A few months later, a report from the US Department of Energy found no evidence for the effect and put the nascent field out of its misery. That, as far as mainstream science was concerned, was that.

Cold fusion may now be about to get a second chance. In a landmark decision in December, the same US Department of Energy gave a cautious green light to funding cold fusion research. It follows a decade-long investigation by the US Naval Research Laboratory, which concluded that there might be something in the phenomenon after all.

And if, as some predict, cold fusion is due a comeback, then it could start today in Los Angeles, where the American Physical Society has scheduled a session on the subject at its annual meeting.
A handful of scientists have always believed that Pons and Fleischmann were right and - using cash and equipment scraped together from wealthy individuals, private companies and, in at least one case, the US military - have been trying to keep the dream alive. Shunned by the scientific establishment, this hardy band of cold fusion researchers carry out experiments, organise an annual meeting and publish their results in whatever journal will have them. Today, they will get a chance to tell the rest of the world what it is missing.

One speaker is George Miley, a cold fusion believer at the University of Illinois. He says: "Much of the criticism has come from people who haven't worked in the field and much of it stems from the rather sad beginning. The ability to have nuclear reactions take place in solids is remarkable and it opens up a whole new field of physics." 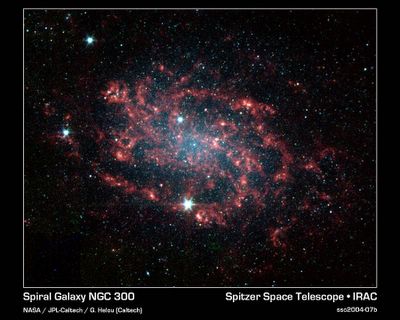 This is where both the promise and the problems begin. Fusion of atoms releases energy, and that process drives the nuclear furnaces at the heart of stars. For decades, scientists have talked about mimicking this stellar fusion on Earth in a reactor; arguments continue about where to build the first prototype, called ITER.

But, just as forcing the north poles of two magnets together takes effort, the driving of two atoms together for them to fuse takes huge amounts of energy. The massive temperatures and pressures inside stars manage it, but scientists are not yet convinced that it could be done efficiently in an artificial way.

So when Pons and Fleischmann said they could do it at near room temperature and pressure, using kit not out of place in a chemistry set, the fusion world stood still. When they switched on their experiment, they said, a palladium electrode absorbed atoms of deuterium (hydrogen with an extra neutron) from the water and crammed them so close together they fused. As evidence, they said the setup churned out more heat than they put in. 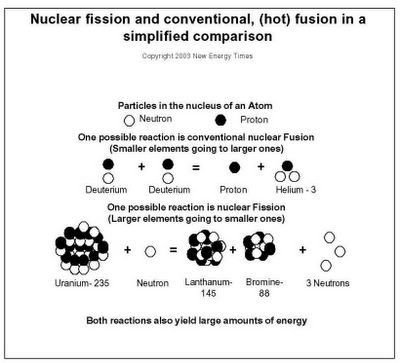 "There's not an accepted theory for how this can happen," Miley admits. Worse, even those conducting the experiments concede that the observed effects are sporadic - what works in one laboratory fails in another. To mainstream science, built on the importance of theory, experiment and reproducibility, this puts cold fusion on the wrong side of the tracks.

Miley says: "Mainstream people have no motivation to look at this. They hear it's witchcraft, and people are frightened away. Certainly people in universities don't want to work on it because they would be ridiculed by their colleagues."

So does today's American Physical Society session signal that mainstream science is softening its scepticism? Absolutely not, says Bob Park of the society and one of cold fusion's biggest critics over the past decade. In fact, Park says, there is a cold fusion session every year. "Anyone can deliver a paper. We defend the openness of science. Anyone can get up to speak and if they can convince people, then OK. Early on, we used to have a session in which we collected all the crackpot papers together. It was very popular."

If the American Physical Society has not yet changed its approach to cold fusion, those working in the field can draw some comfort from a more unlikely source. Some 15 years after effectively killing it off, late last year the US Department of Energy performed a remarkable U-turn, at least as far as some cold fusion supporters are concerned. After reviewing the available evidence, it concluded that: "Funding agencies should entertain individual, well-designed proposals for experiments that address specific scientific issues relevant to the question of whether or not there is anomalous energy production in palladium-deuterium systems."

It is far from a ringing endorsement, but it was enough for Peter Hagelstein, a former rising star of physics who now devotes his time to developing cold fusion theories at MIT.

He says: "We've faced some of our harshest critics and we've come away with many of them recommending that funding be made available. If you took a hot fusion or string theory initiative and gathered together their worst critics and presented them with a 15-page document and allowed for one day's worth of presentations, I'm not sure you would get as many people proposing public money be spent on these projects." Hagelstein and other cold fusion advocates insist that there is just too much evidence of unusual effects in the thousands of experiments since Pons and Fleischmann to be ignored.

David Nagel, an engineer at George Washington University in Washington DC, says: "Of the 3,000-plus papers in the field, 10% are very hard to make go away. One per cent are, in my view, essentially bulletproof, as good as key papers in other fields of science."

Little has changed over the past 16 years in both the experimental setup and the results produced: modern cold fusion researchers still look for evidence of the cherished "excess heat" alongside the fusion products neutrons and helium-4.

"There have been many experimental studies that report significant effects. They have been performed by credentialed scientists with adequate materials, good protocols - including calibrations and controls - and data analysis using known methods," Nagel says. "I have been deeply involved in this adventure from the outset and know most of the players. I am certain they are not all liars or fools." 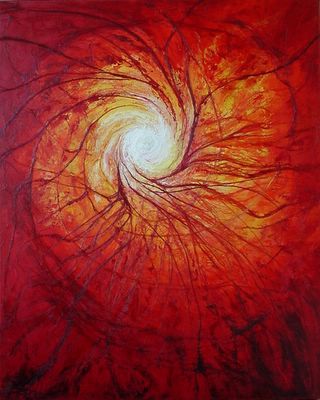 Park, at the American Physical Society, sees it differently: "They're running the same old experiments over and over and getting the same kind of screwy results. Each year there's a new saviour who finally has the proof and a year later we don't hear from them any more."

Both sides say what's needed to break the impasse is the production of a working, cold fusion device. According to Scott Chubb at the Naval Research Laboratory, Roger Stringham of First Gate Energies in Hawaii described just that at a cold fusion conference in France last year. "He puts 200W in and 400W comes out. That's a device, it's a heater. It's probably the first cold fusion device."

Chubb is equally excited about rumours of a breakthrough at a Las Vegas company called Innovative Energy Solutions. In November, it issued a press release heralding "clean energy technology" to "generate six times (12MW) more electricity than it consumes (2MW)". Rod Foster of the company says the technology is based on cold fusion, but could offer no more information about how it works.

"You're getting out enough heat that you can turn the supply off so you've got what looks like some kind of perpetual motion machine," Chubb says.

Extraordinary claims, as the old saying goes, demand extraordinary proof. It may yet be provided, but sceptical mainstream scientists require more than promises and rumours, especially when a miracle energy supply of the future is at stake.

As Park says: "Science is contingent and if somebody comes along with a convincing experiment then we'll have to rewrite the textbooks. But I don't think that's going to happen."

Mike McKubre, a long standing cold fusion researcher at SRI International in California who was injured in the explosion that killed Andrew Riley, disagrees, not surprisingly. "The ability to wield the power of nuclear physics on a tabletop has enormous technological importance," he says. "When the smoke clears it will be obvious to all, and our current critics will claim it was obvious to them all along." 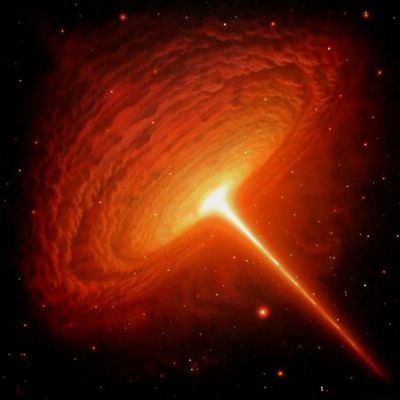 Disclaimer: This post is going to have various sexual positions showing. If you are not of age. Please do not look. SPIRIT TANTRA is part of a broad evolutionary process in consciousness, which is moving toward an integration with the Natural World, the physical