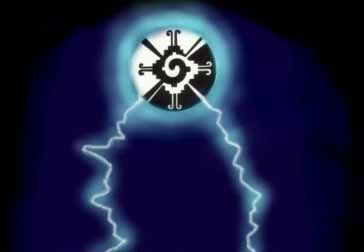 Approx 4:00 am I was dreaming about scientists and I was shown a ying and yang symbol.
I was being told important information in the dream.
Information about time. Existence. Our human brains. Spirit....
when some flowers I have that were tucked in by a vase of sunflowers on our highest shelving in the apt fell. They fell very close to my daughter Autumns head.
Too close...I was very glad that it was not the vase of sunflowers as they are in a big mason jar. I was startled and upset. Given the subject matter that I was dreaming of. This disturbs me for a number of reasons...

1.) when we first moved in and I had set the mason jar with the sunflowers there I had worried all night long that the mason jar would fall upon either my husband myself or my daughter during our sleep. Though I ended up blowing this off as myself being too over paranoid.

2.) Tonight before going to bed I was reading an article in National Geographic about scientist and doctors discovering that they believe the human brain is as different as each human face. I had naturally assumed that all doctors and scientist knew this...Yet I should have known better as "they" are just discovering about the way many people (myself included) see and translate smell, letters, numbers and various other things with different colors in their minds eye...I will post more on this national geographic article tomorrow...Or later today I should mean to say.

3.) Reading another statement in National Geographic about religious feelings being linked to manic depressive or epilepsy in the temporal lobes. That is for those of us who link small matters in day to day basis with the cosmos. That one really pissed me of. As the Tao and the Kabbalah teach of the Microcosm relating in every way to the Macrocosm...Chinese medicine teaches us that we are what we breathe ...what we eat...etc...I will go into that later as well...Chi is everywhere and all around us...Everyone is breathing in and out everyone else's Chi...yet the western medicine wants to tell me that if I connect the tiniest bit of microcosm to the macrocosm I have temporal lobe epilepsy....PAAALEEEAAASSEEEE!
Does this mean that also all of the spiritual masters of the eastern religions suffer from such a thing...Does this mean the 80 year old Rabbi who lives down the street who devotes his life to the kabbalah or the toran and is watching all the signs of the battles of good versus evil is manic depressive..
Does this mean the Muslims who chant and pray out in the streets every hour of every day are Manic also?

The Ancient Egyptians believed that the brain was not as important as the spirit...That the spirit was within the heart.

We Are All Related By Dr. Allen Ross

There is a sandstone cliff, near second mesa on the Hopi Reservation in Arizona. On this cliff is etched a picture of the past, present, and the future. This site is more commonly known as Hopi Prophecy Rock. The petroglyph depicts the Hopi as emerging from the underground to the surface of the earth. The actual place for this event is a religious site located in the Grand Canyon. The Sioux also say they emerged from underground at a place in the Black Hills known today as Wind Cave.

The Sioux, like the Hopi, traveled in the 4 directions after emerging from the underground. The Sioux also believe that man has evolved through 4 ages, calling them the Age of Fire, Age of Rock, Age of the Bow, and Age of the Pipe. The length of each age is unknown, but the prophecy is that during the time of each age, man would gradually become a "two-heart".

The Hopi Prophecy Rock clearly depicts three "two-heart" individuals. A two-hearted person is one who thinks with his head rather than his heart. This is in reference to the left-brain function of analytical thinking. A person who think with his heart usese the right-brain function of intuitive thinking. Currently modern man is out of balance because we live in a left brained dominated society. We place more emphasis on left-brain modes of thinking vs. right-brain modes of thought.

On the Hopi Prophecy Rock are 3 circles which represent 3 world-shakings. The story is that people of the Earth would reach a time when they would lose the story of how "we are all related". The Creator would then cause 3 world-shakings to remind the people of our relatedness.

The third world-shaking would be recognized by a red cover or cloak.

Could this mean Communist China? Russia?

Sioux Elders tell us that Mother Earth is surrounded by negative energy which is given off by the human brain. One of the reasons for the Sioux Sun Dance is to give thanks to father sun for all he has provided us on Mother earth. By sending good thoughts to the sun, the Sioux could reduce the negative energy.

The Hopi Prophecy story also said that signs of the third-world shaking would be given when:

The constellation of Orion's belt is the area of the sky known to the Sioux as the Heart of the White Buffalo constellation. The White Buffalo legend states that a sacred maiden brought a holy pipe to be used by the Sioux. When she departed she said she would return to help the people when they werer in trouble and turmoil. As she turned to leave she turned into a black buffalo, then a red buffalo, then a yellow buffalo, and finally into a white buffalo. Then she went back up into the clouds.

In August of 1994 a white buffalo was born in Wisconsin. Two more were born in May 1996 in South Dakota. One died but the other lived. Oglala Sioux holy man Dawson No Horse, stated that as we move into the next century, times would be very difficult. Sioux holy man, Black Elk, foresaw the Sacred Hoop of the world's nations coming together soon--- a reference to the thousand years of peace that is to follow the third-world shaking.

I wish I could show everyone what I feel. But the time s coming soon...
the Alpha and the Omega

wonder upon wonder... Why do I wonder so... Life is interesting... The patterns the thoughts... The souls we come into contact with Some painful Some sweet I wonder

my friend just sent me this link... http://www.thebigview.com/pastlife/ and I thought...hahaha..right...but whoa it is very much like me Your past life diagnosis: I don't know how you feel about it, but you were male in your last