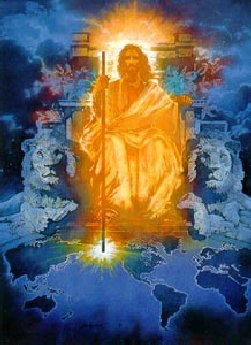 BANDA ACEH, Indonesia - A major earthquake struck late Monday off the west coast of Indonesia, and a local government official said 296 people were killed in collapsed buildings. Thousands panicked in countries across the Indian Ocean as tsunami warnings were posted.

Fears of another catastrophe similar to December’s devastating tsunami eased within hours, as officials in countries closest to the quake’s epicenter said there were no reports of big waves striking their coasts after the temblor was reported.

Early reports of damage and casualties were confined to the island of Nias, off the Sumatran coast, close to the epicenter.

The quake collapsed about 70 percent of houses and buildings in the town of Gunungsitoli, said police Sgt. Zulkifli Sirait.

‘Extreme panic’
Agus Mendrofa, deputy district head on Nias island, told el-Shinta radio station that 296 people were killed. He said this figure was based on reports from humanitarian workers on the island.

Nias, a renowned surfing spot, was badly hit by the 9.0 earthquake and subsequent tsunami on Dec. 26 that killed at least 175,000 people in 12 Indian Ocean nations and left another 106,000 missing. At least 340 residents of Nias perished and 10,000 were left homeless.

“I can guarantee that dozens have died,” said Mendrofa in a telephone interview from Gunungsitoli, the island's main town. “Gunungsitoli is now like a dead town. The situation here is in extreme panic.”

A senior police officer told Reuters he had seen three dead bodies and that many others were trapped in damaged buildings.

Jan Egeland, the U.N. disaster relief coordinator, said the U.N. had "unconfirmed reports" of fatalities in Nias, and said there were thousands of relief officials in the region who were ready to respond if needed.

Shocks and aftershocks
Indonesian officials said the quake’s epicenter was 56 miles south of the island of Simeulu, off of Sumatra’s western coast, and just north of Nias. It was described by one of the agency’s geologists as an aftershock of the Dec. 26 quake.

Earthquake resource guide
• Most powerful earthquakes of the last century
• Deadliest earthquakes since 1900
• Tsunamis: What are they? How do they occur?
• Cross-section of a tsunami
• Deadly ways of harbor waves
• USGS quake information site
An aftershock measuring 6.0 was reported in the same region nearly 30 minutes later, the USGS said.

Preliminary indications are that energy from the quake might be directed toward the southwest, said Frank Gonzalez, an oceanographer with the National Oceanographic and Atmospheric Administration in Seattle. He stressed that it was based on “very scanty information” about the epicenter and magnitude.

The only tsunami reported within four hours was a tiny one — less than 4 inches — at the Cocos Islands, 1,400 miles west of Australia, meteorologists in Sydney said.

The West Coast-Alaska tsunami warning center said that if no tsunami waves were observed in the region near the epicenter within three hours, then it is likely that the danger would have passed.

“It seems this earthquake did not trigger a tsunami. If it had, the tsunami would have hit the coastline of Sumatra by now,” said Prihar Yadi, a scientist with the Indonesia Geophysics Agency. “And if there’s no tsunami on the coastline near the epicenter of the quake, there will not be one heading in the other direction.”
U.S. missions in ‘battle mode’
Sirens blared along Sri Lanka’s devastated east coast as the government warned seaside residents to evacuate immediately.

“The government has ordered coastal areas to move to higher ground. We are giving priorities to eastern coast,” said Brig. Daya Ratnayake, the military spokesman. Low-lying coastal areas in Malaysia’s northern states also were being evacuated.

In Washington, State Department deputy spokesman Adam Ereli said U.S. diplomatic missions in Asia and Africa are in “battle mode” so that they can respond quickly to any contingency.

The International Red Cross in Geneva said their mobile phone systems were down so they haven’t been able to talk to anyone on the ground in Indonesia.

At the Office for the Coordination of Humanitarian Affairs, which was at the center of U.N. response to the Dec. 26 tsunami, Jamie McGoldrick said, “What’s going on is a mobilization of people away from the coast.” But he noted that the quake was “a weaker one than before” Dec. 26.

Still traumatized
In Banda Aceh, the quake lasted about two minutes and felt like gentle swaying, like a rocking chair, causing people to feel dizzy. It woke people up and sent them running into the street.

People grabbed small bags of clothes — in many cases likely all the belongings they had left after the disaster — as they fled their tents and homes. Many were crying and jumping into cars and onto motorbikes and pedicabs, heading for higher ground.

“People are still traumatized, still scared, they are running for higher ground,” said Feri, a 24-year-old recovery volunteer who goes by one name.

The quake was felt as far away as Malaysia, about 300 miles from the epicenter, sending panicked residents fleeing their apartments and hotels in Kuala Lumpur and Penang after authorities activated fire alarms.

Officials issued a tsunami warning for residents of southern Thai provinces, three months after a tsunami devastated parts of Indonesia and other countries in the region.

Moderate depth
The quake occurred at a depth of 18.6 miles, and was centered 125 west-northwest of Sibolga, Sumatra, and 150 miles southwest of Medan, Sumatra, the USGS said.

The depth does not mean a lot for a quake this large, Earle said, calling it a near-surface earthquake and comparable to the one that occurred Dec. 26.

After the Dec. 26 quake, the agency initially recorded the depth of that temblor at six miles. Shallow earthquakes like that generally are more destructive because the seismic energy is closer to the surface and has less distance to travel.

Monday’s quake was considered to be at a moderate depth. Tremors also were felt throughout peninsular Malaysia’s west coast, causing thousands of residents to flee high-rise apartment buildings and hotels. There were no immediate reports of any casualties or major damage there.

Jolted from bed
“I was getting ready for bed, and suddenly, the room started shaking,” said Kuala Lumpur resident Jessie Chong. “I thought I was hallucinating at first, but then I heard my neighbors screaming and running out.”

The USGS said the quake occurred on a segment of the same fault line that triggered the magnitude-9 earthquake on Dec. 26, the world’s biggest in 40 years.

The Dec. 26 quake triggered a huge tsunami that swept across the Indian Ocean at the speed of a passenger jet. More than 1.5 million people were left homeless in 11 countries. 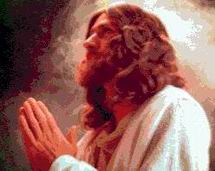 See to it that no one misleads you. For many will come in my name, saying, 'I am the Christ,' and will mislead many. And you will be hearing of wars and rumors of wars; see that you are not frightened, for those