My Dream of Tornadoes kept me awake and alert last night 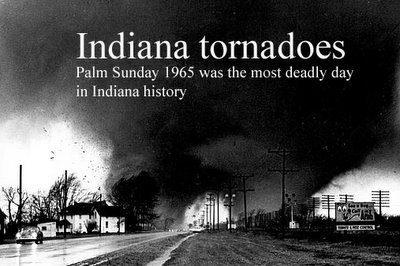 The tornado touched down near Henderson, Ky., and jumped the Ohio River into Indiana at around 2 a.m.

Of those killed, Bright said 10 died on the southeast side of Evansville in the Eastbrook Mobile Home Park, and that victims were still being pulled from the debris by late morning.

Bright said the park, with about 350 homes, was devastated by the twister.

Five others were confirmed dead in adjoining Warrick County, east of Evansville, where the Ohio River city of Newburgh was struck after 2 a.m., Bright said.

NiNE Inch Nails . com Yes Trent Reznor used to live in New Orleans for those of you who didn't know that. Here are his pictures from his site. He went back to New Orleans on October 31st 2005 http://www.blogger.com/img/gl.

Mercury Retrograde Most important... back up your computer files!!! It is a tricky time for machinery... computers/cell phones/pagers. On November 14, 2005, Mercury, the cosmic magician, turns retrograde in Sagittarius, the sign of the Archer, sending communications, travel, appointments, mail and the