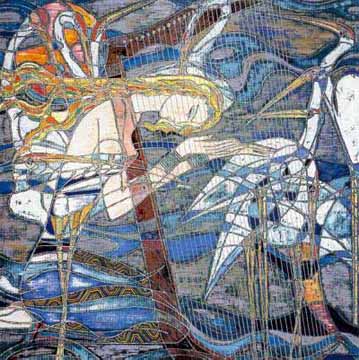 Gift Quality or Ability: Crane people are unusually clever people with specialized skills and talents, with a progressive outlook on life. Sense of the evolving spirit. Sensitivity to the other world, journeying, magick.
Birthstone: Peridot

Compatibility: Harmonious relations with the signs of bee and swan. Will also relate well to the signs of bear, owl and cat. Difficulties may be expected in relation to all other signs.
Description:Cranes are beautiful, graceful long-lived birds often said to be messengers of the gods. They are credited with intelligence, sharing of responsibilities (both parents incubate the eggs) and being protective of youngsters. If threatened cranes can be aggressive, but tend to resort to a complex system of threat behaviours to avoid direct battle.

Numerous Celtic myths tell of heroic figures such as Aife, the lady of the lake, who were changed into cranes. St Columba of Iona. as said to have changed a Queen and her handmaiden into cranes as a punishment for their wrongdoing. 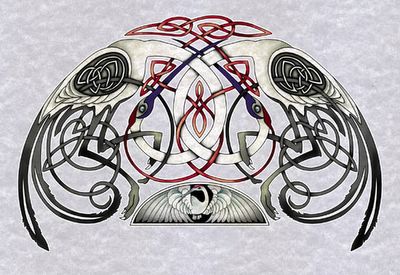 The crane is associated with knowledge due to it�s association with the sunrise (the east being a place of knowledge) but also from its association with Ogham, the alphabet tree of the druids. Ogham was given to humanity by Ogma Sun Face who purposely intended it for the use only of the learned. Since it was known only to the Druids, the term 'Crane Knowledge' came to be used to denote knowledge of the Ogham in particular and of arcane science in general. As Druidry gave way to Christianity, the term 'Crane Cleric' came to be used to signify a high level of wisdom in certain priests, such as St. Columba .

Celtic mythology has both solar and underworld symbolism for the crane. It is associated with the solar deities, especially in their healing aspect; and was said to be the first bird to greet the sunrise and was accorded with the ability to predict rain and storms. The crane also represented a form of Pwyll the king of the underworld and herald of death or war.

The crane is often thought of as a messenger and is associated with beauty, solitude and independence. Cranes represent higher states of consciousness and communion with the gods as well as wisdom and cleverness. It is said that the intelligence and discipline of the crane taught man the rules of government. The crane does not simply possess knowledge it possesses self-knowledge, arguably the most important form of understanding there is. 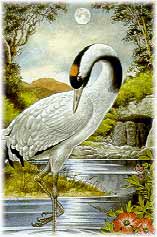 Michio Kaku suggests that humans might eventually travel ... Lawrence Krauss argues that string theorists have produce... The most celebrated theory in modern physics faces increasing attacks from skeptics who fear it has lured a generation of researchers down an intellectual dead end. In its