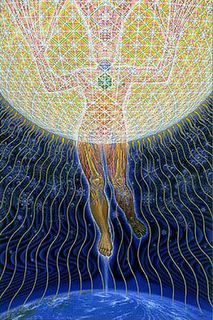 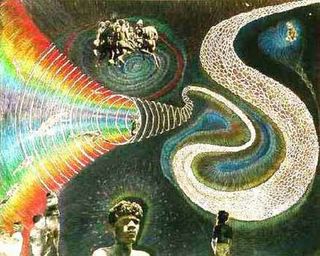 By: JOHN LASH
By: author of Metahistory.org

Gnosticism may be one of the most revealing subjects of our time, and it is certainly one of the most difficult. Since Gnostics were suppressed in the 4th Century, disinformation about them has been rampant. There is no clear and consistent presentation of their views and practices, either in the slim surviving materials or in modern scholarship. To worsen the confusion, Gnostics were initiates in the Mystery schools, and initiates were bound by a vow of silence about many things they experienced ? although not, fortunately, about all things.

One of the trickiest issues here is the question of erotic practices among Gnostics. By some accounts, they were ascetics who rejected the physical world as the fabrication of a pseudo-creator, Jehovah, whom they identified as an alien deity or Archon. By other accounts, they engaged in lavish rituals that involved ingestion of bodily fluids as sacramental substances. Epiphanius, a Christian who infiltrated the Ophite cult of ?Snake-worshippers,? reported that they ?venerate the Serpent because God has made it the cause of Gnosis for mankind. Yaldaboath (Gnostic name for Jehovah, the false creator god, or the Demiurge) did not wish humankind to have any recollection of the Generators, the Cosmic Mothers and Cosmic Fathers on high. It was the serpent who, by tempting them, brought Gnosis to our parents; who taught the first people of our kind the complete knowledge of the Mysteries from on high.?

Clearly, the mythical serpent worshipped by the Ophites cannot be equated with the reptilian predators described in Gnostic texts, as well as in the Dead Sea Scrolls. More likely, the Ophite snake is identical with Kundalini, the serpent power concealed at the base of the spine in human anatomy. Ancient mystics who ?worshipped the snake? were getting in touch with the occult powers in their own bodies. Sacred sexual rituals among Gnostics would not have been merely for the pleasure and release, although they would not have excluded that, either! The word ?orgy,? Greek orgia, means ?working, activation.? The orgia of the serpent power was a rite for activation of Kundalini in Tantric and Gnostic practices alike.

The Gnostic ?Gospel of Philip? contains the scandalous passage that describes Jesus and Mary Magdalene kissing. It also contains explicit information on sexual orgia, but in symbolic language ? or insider jargon, if you will. The act of sacramental coupling occurs in a ?bridal chamber? called the ?nymphion,? a kind of luminous cell that forms around the lovers. Gnostic sexual ritual involves supernatural light. Kundalini is also associated with a flood of milk-white light that induces an electrical surge of ecstasy up the spine. White Light veils and protects the partners joined in sacred sexual union: ?The alien powers do not see those who are clothed in the perfect light, and so they are not able to restrain them. By the rite of sacramental union, one is ensheathed in this light.?

Considering the Gnostics? intense concern about the intrusion of the Archons (identical with today?s Grey and Reptilian ETs), it is not surprising that they would have developed ways to resist and repel the alien force. The ?nymphion? was a protective aura. Within it, initiates were totally immune to the influence of the Archons who seek to insinuate error in our minds, and fill us with fear, including fear of our own bodies. One such Archontic error concerns beliefs about resurrection. ?Those who say they will die first and then rise are in error. If they do not first receive the resurrection while they live, when they die they will receive nothing.? (Gospel of Philip, 72) This core Gnostic teaching refutes Judeo-Christian beliefs about survival after death. Gnostics regarded such beliefs, held precious to millions of people today, as delusional notions insinuated in our minds by an extra-human mentality. Being alien, the Archons seek to alienate us from the Earth and the beauteous miracle of our embodiment here. In the rites of the ?nymphion,? Gnostics achieved high levels of physiological and even cellular regeneration. For them resurrection was something to experience while we live, not after we die. Modern studies of the Kundalini experience (by Lee Sanella and Arnold Minder, for example) indicate how the awakening of the serpent power increases immunity and releases healing powers. According to Gopi Krishna, perhaps the most famous case of spontaneous (untrained) Kundalini, the serpent power is the innate biological force that drives evolution and produces genius in the human species.

Gnostic not only refuted false beliefs, they practiced what they preached. The more one considers Gnosticism in parallel to Tantra, the more likely it seems that some initiates of the ancient Mystery Schools were ?mahasiddhis,? yogis of high attainment, due to their mastery of the serpent power. Unlike Asian mystics, however, Gnostics activated Kundalini and cultivated the occult powers so achieved, so that they could live more deeply into the mysteries of the earth plane, not transcend it. They were dedicated to the Great Mother, whom we call Gaia. They stood with Gaia against the alienating influence of the Archons, who cannot physically destroy the Earth, but who take advantage of our tendency to become disembodied, largely due to false beliefs about transcendence, heaven, spirit versus body, etc.

Above all, Gnostics cultivated Kundalini to keep their genius alive and their resistance strong against anything that threatened their connection to Gaia, the living Earth. It remains to be seen if we, today, might do the same.

Hello everyone who reads my blog..:) Well things have chilled out a bit...no metaphysical things to speak of. Just odd dreams the past two nights. So there were six people six of my friends ...my husband included who heard odd sounds right before

Teaching my daughter how to read and write. Ah, it is very interesting. As she can already text her name into the keyboard and somehow she manages to write Bill on the window pane. Yes Bill, not only did she write it into the