Okay, hmmmm..
Where oh where to start this post off. Well, yesterday, I was at the Hardgeus website peeking around, When I found on the links page, a link to 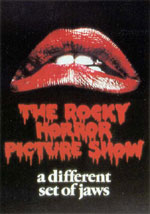 Not Just The Rocky Horror Picture Show, but for the closest place to New Orleans where it shows.Absolutely great I thought.I was tickled pink.
So I pulled my elliptical glider up to the computer and started to glide away as I looked at this site.

So many memories. Of course my memories of The Rocky Horror Picture Show take place back in Tempe Arizona. Ahhhhh...good ol' Tempe Arizona.
That is where I spent the important years of blooming from adolescent into adult-hood. Once I found Rocky, I found my nitche. I loved it!
Just loved it, I couldn't get enough. I was there at the showing every weekend with my bestfriend. It was, for me just the right amount of decadence and fun. Everyone knew everyone. We became a close knit group. Like a clan... Though more like a clan of cats...

As there was drama and sex among this group.
We would show up on the weekends dressed in our best sexy outfits. Standing in line watching the passers by as we anticipated what the night would bring. I was always scouting out victims. In my fantasy land, Inside my head, I felt like a beautiful vampire ready to take on a new victim or maybe even a new vampire as well. Though, all truth be known to everyone else, I had a crush on Jessie. He played Frankenfurter. 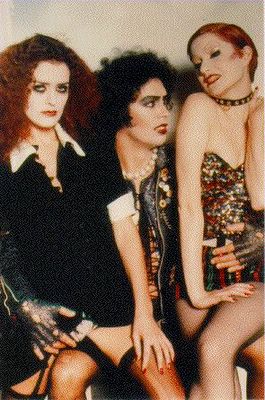 He was taken by Deena who played Columbia... 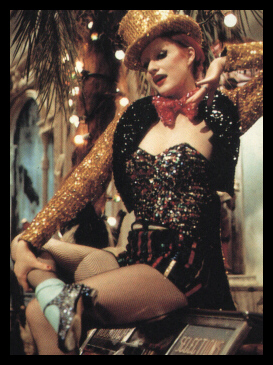 (one of my favorite characters.)

So, I THOUGHT that I would never be with Jessie anyway, which made it fun to ...hmmm...lust...after him. Which leads me back to what I was saying about victims. Once we, (my best friend and I) were in close with the crew, It was rather easy to pick up a man or a woman for the night, Maybe even for the week...Perhaps the month if I really liked them.

So now looking back at the situation. I was just as big of a geek as my husband was back then. 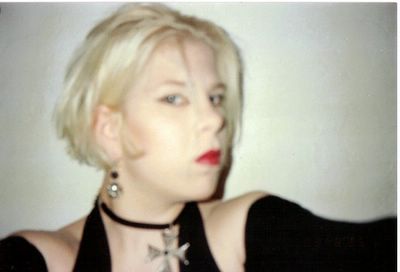 Only me, being the Libra that I am, I was very narcissistic. I set out to always get what I wanted no matter what the cost. Matty was quite the opposite. He fit the description of computer geek to a tee. The old Brigitte does so wish that she would have met Matty back then.

It would have been soooooo much fun. 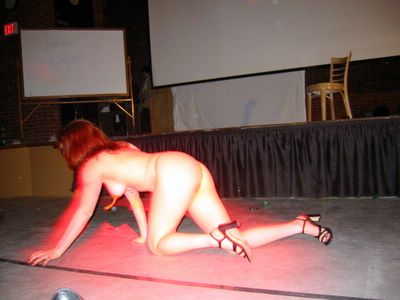 The dominant sexual creature that I was would have given him the time of his life. Yet, I am with him now, so it doesn't matter. Hehehe, he's mine anyway regardless of the time line. Now he has the hippie Brigitte. Man that's an entirely different experience! :P

Okay, I am soooo getting off of track here.

I REALLY want to take my Matty to see this next showing of The Rocky Horror Picture show, as it is going to be playing here in the New Orleans French Quarter. I want him to see what my geeky past time was all about.

However, we need to find a babysitter well in advance.

When I told him the other night that I wanted to do this. He was a bit quiet. I think he might be timid about such a thing. (Another reason why I love him sooooo much!)
But you know, at least he isn't like the man in my last serious relationship. This guy knew all about my past thanks to a trip he had to take to Arizona without me. We. (the x boyfriend and I) were living in Seattle at the time. I thought everything was going to be fine. But NO! This guy came back a totally different man after that trip. It turns out I had quite the reputation back in Arizona.
Man, I had no idea.
He came home and was terrified of me. I mean terrified and on top of it obsessive to monster amounts. From that trip to Arizona on, he never could let go of the fact that I was such a sexual creature. His fear of this sexuality of mine turned to raw obsession of hate/love.

Which leads to this...after reading it, you should understand why I am happy to be with Matty, and to be able to present the idea of going to see The Rocky Horror Picture Show to him.

So....One day we...(the x and myself) were on a bus heading home from a movie. I think we went to see a movie where Cary Elwes played a serial killer??? Well, anyway we were on the bus and there were this cute boy and girl, oh probably about 15 to 16 years old sitting in front of us talking about The Rocky Horror Picture Show. 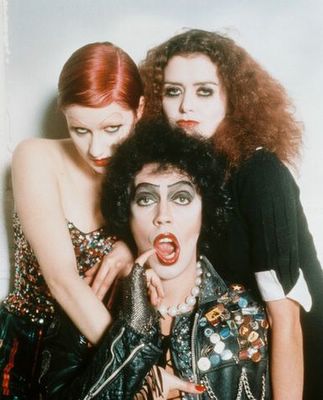 They were REALLY into their discussion, they were so into it they were singing the Rocky Horror Picture Show tunes along with the audience commentary lines. Well I could see that the man I was dating was becoming increasingly aggravated. He didn't talk much, he was a very quiet guy. (I look back at that now and realize I should have somehow pushed him to communicate more. I mean I knew he was jealous and obsessed and afraid of my past, in lust and frustration over my past sexual encounters..I understood that he had a hard time dealing with my free spirit nature...But...I didn't expect him to harm another human over it.) He did enough harming to himself, and I just lived with it. I blew it off as another one of his smashing the wall or punching the glass shower door in because I wouldn't kiss him, or ripping off his shirt like the hulk out in public because some guy said hi to me, or tearing apart and ripping off our front door with his bare hands because I brought up the past, or chasing cats away from me through the streets just because I bent down to pet them, or getting ready to fight some guy just because the guy said "awe" as he was passing us by on the sidewalk, or almost attacking an old man because I said to my x that I could see a girls underwear line over her jeans waistband, the old man was just in the wrong place at the wrong time. I felt bad because the old guy didn't deserve my x jumping over a diner booth at him like a maniac. Thankfully the old guy moved with a quickness I wouldn't think possible for an old guy.
What did the old guy do you ask? Nothing..He was just there when I said those things to my x. What did the guy on the sidewalk do who said "awe"...Nothing, he just said Awe. That was enough in my x's world... You talked to me, looked at me, or took my attention away from being on him and that was it man, he would go berserker.
Silly me, I thought this meant love.

So, yes, back to the bus ride.

With all the things he ever did, like I said he never physically harmed anyone but himself. The other people would just get away out of his reach before he started acting out his anger on them. But this one time....Well this first time I should say...As there were then more after this one.
These cute kids unsuspecting, just singing away were all happy when my x gets up and grabs the male kids head. Palms this kids head with his hand and starts walking down the bus Isle with head in hand. Everyone on the bus was silent and had looks of horror on their faces. You knew they were thinking how the hell did this well dressed man just flip. They were thinking it could have been anyone of them, and you knew they were wondering what was he going to do to this poor kid. You could see it in their eyes. They were glad it wasn't them, yet still terrified. He almost made it off of the bus with this kid. Man it's a good thing he didn't. Who knows what would have happened. The bus driver stopped the bus and told my x to let go of the kid. So he did and got off of the bus, ALONE. I was left there trying to explain to all of the awe stricken people that my x simply did not like The Rocky Horror Picture Show.
I tried to apologize to the boy but all he would do was tell me that I needed to get out of that relationship before I got hurt.
I did not listen to his advise. Suffice to say I was warned by several more people, on several other occassions,even a cop...But did I listen????
Well lets just say...I am VERY lucky that I am now with my Matty..:P

It's that I am so glad to be with Matty...I can take my Geeky husband to go see The Rocky Horror Picture show with me, so he can try to see my past in his own eyes. 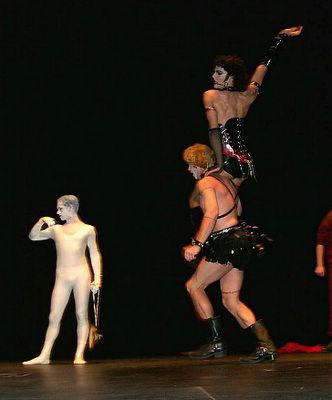 With no crazy ready to kill me or someone else attitude because I like Rocky. He will go because he loves me.

He understands that I want to show him that I was a geek too. (albeit a much more suave geek than him, but still a geek non the less.)
SO without any further Ado here is what I am excited to share with my Hubby,
for old time sakes. It's nice to finally get the chance.
New Orleans Rocky Horror Picture Show