To Vaccinate or NOT to vaccinate 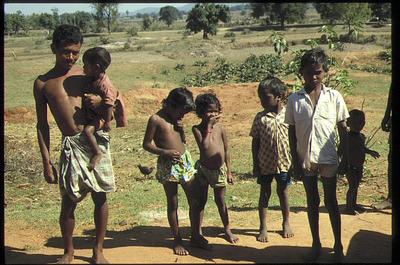 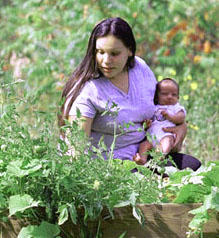 I used to be one of those people who didn't ever question "the system." During my early college years I pretty much accepted everything around me as the status quo. If my professor said something that I had doubts about, I didn't express my doubts, I backed down, thinking he or she was probably right. After all, they had the Ph.D., they must know what they were talking about.

The same thing happened when I gave birth to my first child. I'd read that it was good to walk around in labor, but when told to stay in my bed and labor. I did what I was told. When I got up to go to the bathroom a nurse rushed in the room scolding me, "Don't you know that if you walk around the baby can descend and the cord can wrap around its neck and kill it?" I was terrified the rest of my labor, thinking I had harmed my baby by walking around!! Even though I had read differently, I believed the nurse because she was a nurse! I wasn't much smarter with my second labor, allowing labor to be induced just because I had arrived at the hospital with false labor pains and a week overdue. With my first two labors I was flat on my back in bed, hooked up to an IV and monitors. From my reading I knew it didn't have to be like that, but I also knew I might not have much choice in a teaching hospital, so I put up with it, mostly in silence. At least I was smart enough to breast-feed my babies, even though I started Daniel on 2% milk at seven months because my doctor recommended it. After all, the doctor knows best, right?

In regards to immunizing my children, 19 years ago there just wasn't much information against it, and required immunizations were far fewer than now. Since my children would be attending public school I knew they would have to have the required shots, so I got them. It wasn't until I was pregnant with my third child that I even read any Mothering magazines and realized that there were many people who were refusing vaccinations. I'd hated the fevers, crying and leg soreness my first children experienced but hadn't thought of refusing vaccinations.

During this pregnancy an adopted nephew went into a coma after receiving his first DPT. I was living in a large college town at this time, with access to wonderful books on vaccinations, as well as my first exposure to the Mothering magazines. I also joined a Playgroup and met women I thought of as a bit "radical." They homeschooled, didn't vaccinate, breastfed toddlers, and they fascinated me.

My third birth was wonderful. I walked until I was 8 cm. dilated and pushed my second son out in less than half an hour, compared to hours with my first two. When I brought Michael in for his first set of DPT's I requested a DT instead, eliminating the most risky part of the shot. When asked why, I simply replied that there was a family history of bad reactions to the shot. (Never mind that the nephew was adopted, I was never scolded or questioned with this reason.) I felt a little radical even resisting the pertussis portion of the shot, but thought this was the best way to protect my child and still fulfill the vaccination requirements for school cards. I did the same with my fourth child, my second daughter, whose birth was also wonderful. Again I walked until I was ready to push and Rachel arrived after three or four good pushes. These labors were very empowering for me as a woman and a mother. And by this time, thanks to a LaLeche League group I had joined, I was breastfeeding on demand and weaning when my babies were ready.

When Rachel was 18-months old I became ill with what I thought was the flu. When the "flu" lasted for more than a month, I began what became a four-month odyssey searching for a cause and a name for my illness. This was when my trust in the medical profession was severely tested. When one doctor suggested my illness was "all in my head" and another told me outright I should just live with it and quit trying to find answers all the time, I was awakened to the fact that doctors really don't know everything, and some may dismiss anything they can't specifically test for. Through my own research and the help of my mother's doctor, who was very unlike my previous doctors, I was finally diagnosed with Chronic Fatigue Syndrome, an immune system disorder. With treatment for the worst symptoms, I learned to deal with a chronic illness that lasted two years. Through my extensive research on CFS, I found out that there were those who thought the emergence of such disorders as Lupus and CFS was directly related to vaccinations. One researcher had even found a correlation between those with CFS and their close relationship with someone who had had the MMR shot.

Not surprisingly, when I checked my journal, I found that my daughter had gotten the MMR the same month I got sick!! Since she shared my bed, nursed, and I was her sole diaper-changer, I couldn't have had a much closer relationship with her! This was my first foray into research linking immunizations with the increase in adult immune disorders. Now, not only was I concerned about the immediate side-effects of the vaccinations, but I was also concerned about potential long-term effects of injecting chemicals into tiny immature immune systems.

By the time my fifth child, Matthew, was born in 1993, I was pretty much against immunization, but not knowledgeable enough to explain exactly why. I had moved quite a distance from the doctor who had helped me deal with CFS and my new doctor was very irritated with me for questioning the practice of immunizing infants. He reluctantly agreed to my decision to give only the DT and oral polio but he warned me I could lose my son to a preventable disease such as meningitis if I rejected the new shots that were now recommended. He'd seen my son's allergic reactions to foods such as eggs, so also agreed I should not get the MMR since it was cultured in an egg-based protein -- a fact I was not told by the doctor but discovered on my own.

Yes, I was questioning everything our society considers "standard procedure" by this time, including school. I had taken my children out of school the previous year after much research on homeschooling. I had even decided that school was not the best place to learn! I had become one of those women who had fascinated me years before!

I was well prepared for my first well-baby visit with my sixth child's doctor, the doctor who had diagnosed my CFS. He listened very carefully as I told him of my fears about injecting foreign substances into immature human immune systems. He listened as I explained I was even more concerned with the long-term ramifications than with the immediate side-effects (which are bad enough). While he didn't wholly agree with me, he did agree that I knew why I didn't want to vaccinate and he strongly felt it was a parent's decision, albeit a difficult one. He also said he couldn't guarantee that I wasn't correct in my fears.

Do I ever have second thoughts about not vaccinating Emily, our sixth, and partially vaccinating three others? Of course I do, especially when one of my children is suffering with a 102-degree fever and my worst fears are faced. I will be devastated if one of my children gets ill with something that might have been prevented with a shot (and might is the key word here, as vaccinations are not 100% effective). Yet, I have definitely decided not to immunize the baby I am carrying now, although I may consider a tetanus shot for my children since we have moved to the country and they play so often in the dirt.

I have weighed the pros and cons over and over and my gut feeling is that it is not a good idea to be injecting all these foreign bodies into our infant's immune systems. And, as more and more shots are being added to the regimen of immunizations our babies are getting in their first year, one has to wonder just how much money is being funneled into the vaccination programs. And just how much control should our government have over our personal freedom to say "NO" to the dozens of shots babies are receiving now? Homeschoolers have decided to take control over one area of their children's lives: How they are being educated. Isn't it time they took a long look at the standard practice of immunizations for their children too?

For additional information, here are some books I found helpful in making my decision:

What Every Parent Should Know About Childhood Immunization, by Jamie Murphy, Earth Healing Products, 1995.

Vaccines: Are They Really Safe and Effective? A Parent's Guide to Childhood Shots, by Neil S. Miller, New Atlanteum Press, 1998.

Immunization, The Reality Behind the Myth, by Walene James, Bergin & Garvey, 1995.
Copyright © 2002 The LINK Homeschool Newspaper
The actual link to article 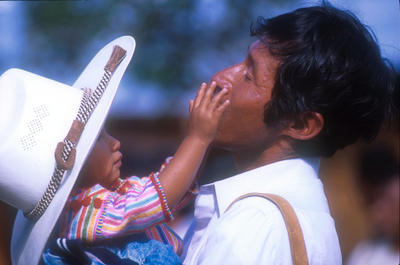 VACCINE INGREDIENTS
The questions: "What is in the flu shot and what is in the vaccinations they are giving my child?", are being raised by those that are taking responsibility for their health and that of their loved ones. This brings hope that, one day soon, parents will have the truth and be able to make more logical decisions in the future. ~ Vickie Barker

Engerix-B
recombinant hepatitis B
GlaxoSmithKline 800.366.8900
X 5231 genetic sequence of the hepatitis B virus that
codes for the surface antigen (HbSAg), cloned into GMO
yeast aluminum hydroxide, and thimerosal

Recombivax
recombinant hepatitis B
Merck & Co., Inc. 800.672.6372
genetic sequence of the hepatitis B virus
that codes for the surface antigen (HbSAg), cloned
into GMO yeast aluminum hydroxide, and thimerosal

Disclaimer / Investigate: The intent of this website is to raise awareness about the controversial aspects of vaccination. Many vaccines still contain thimerosal (49.6% ethylmercury by weight.) While mercury is a highly toxic element second only to radioactive plutonium, when combined with other ingredients, specifically aluminum and formaldehyde, the synergistic effects increase 10,000-fold. Individuals who suffer from chronic mercury exposure will have a unique expression of symptoms. This presentation is not to be construed as medical or legal advice: locate and confer with a trusted physician and lawyer.
Vaccination ingredients

Indigenous peoples.
Tell me readers what do you think of our "wonderful" America now?

----Note, I told Willow this bed time story once. And she can repeat it almost in it's entirity, I want to read the story to her again, Though I think she is a bit apprehensive do to the spirit and the hermit stabbing it.